Home / BSJ Camogie Round up

BSJ Camogie Round up 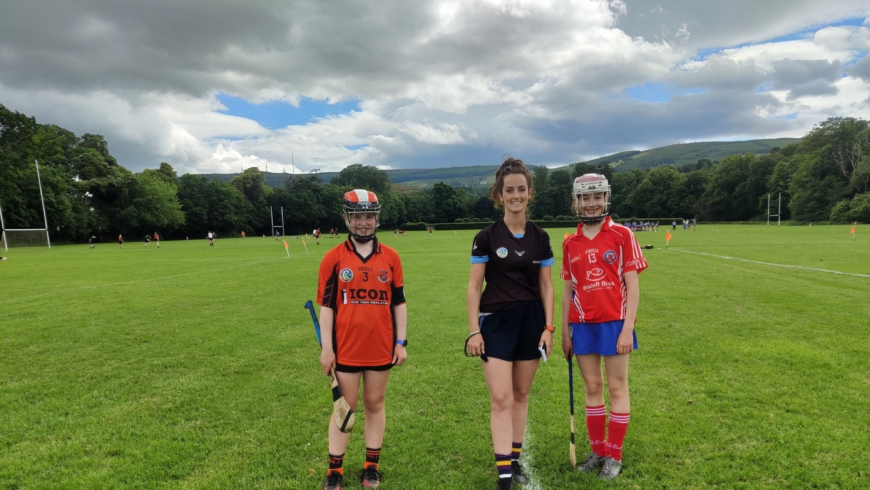 Our Camogie teams at Adult and Juvenile level got their return to matches off to a winning start last week!  Our Senior Camogie Team had a fantastic win  2-9 to 0-11 win over Cuala at home on Sunday the 13th June.  This was following superb mid week wins for our three Junior Camogie Teams, with our Junior As securing a 6-13 to 4-3 win at home to Erins Isle, our Junior Bs won at home to our neighbours Ballyboden St Endas on a scoreline of 13-6 to 2-4 and our Junior Cs had a great home win over Cuala, 4-0 to 1-6.

Our u13 and u14 camogie teams were the only juvenile teams in competitive camogie action last weekend.    Our u13As commenced their camogie league campaign with a win over St Judes at home in Loreto.  This was the first competitive game at BSJ for our u13s, where they wore their new dual code team jerseys for the first time.  Thank you to AIG for kindly sponsoring the jerseys.  Unfortunately, our u13Bs had their game called off and await their first competitive camogie game for BSJ and we wish them the very best of luck!

Our u14 A & B camogie teams also has superb wins at home over St Olaf’s A and Clontarf B, both were very competitive and entertaining matches on what was one of, if not the hottest day of the year so far!  We have a couple of match reports below from Junior B and U14B camogie teams, thank you to the mentors for putting them together.

Ballinteer St John’s Junior ‘B’ Camogie team were the first from the club back in action on Tuesday, 8th June, after the long, enforced break.

It was great to be back out playing and the girls got their Adult Cup, Junior 4 Group 1 campaign off to the best possible start with an impressive 13-6 to 2-4 win over neighbours Ballyboden in Marlay Park.

For much of the team it was their very first game of senior camogie after graduating from the Under 16 ranks last year.

They settled quickly into the game with great support from some of last year juniors.

There were great displays all around the pitch, 10 separate scorers on the board and a battling defensive performance that left BSJ sitting at the top of the group table after the first round with tough games to come in the weeks ahead starting with Kilmacud Crokes next up in Marlay Park on Tuesday 15th June.

Our first competitive game in over 9 months. The girls had trained well in the interim so we were hopeful for a positive result. But then, this was the start of our league campaign and while we were eager to get off to a strong start, we knew the opposition would be of the same mindset. So were taking nothing for granted.

I can’t give you a chronological report on what happened, the game was much too tense for me to remember it that way. But there are moments that will live with me for the longest time. Conceding an early goal, telling myself not to panic, and then shouting the same thing to the girls. The high ball in from the 45 yard line from our midfielder, which sailed over the goalies head, into the goal and brought the match back to level scores. The man marking to neutralise their strongest player. The tit for tat scores when neither team was able to pull away. Going 5 points ahead, only for a superb Clontarf goal to bring it back to two points. Wondering how the girls were able to battle so sternly despite the intense sun that was bearing down on them. But to their credit they all did exactly what was asked of them.

A 6-1 to 5-2 score line in the end will tell you that the game was end to end, producing many scoring opportunities. And this doesn’t even include the many goal mouth near misses and superb clearances. Most notable was the goal line save from our goalie, diving full length across the goal (as most of the BSJ side line stretched up on their tippy toes in tandem), literally putting her body on the line, to stop a near certain goal minutes from the end. If anyone ever said a good save was worth a goal, that is what the were talking about. Particularly given that BSJ came out 2 point winners in the end. Clontarf played great and were among the nicest players you would meet. Best of luck to them going forward, they will surely make our lives difficult again at some stage. But BSJ march onwards. A good start but much more to do.