Club Person of the Month – September 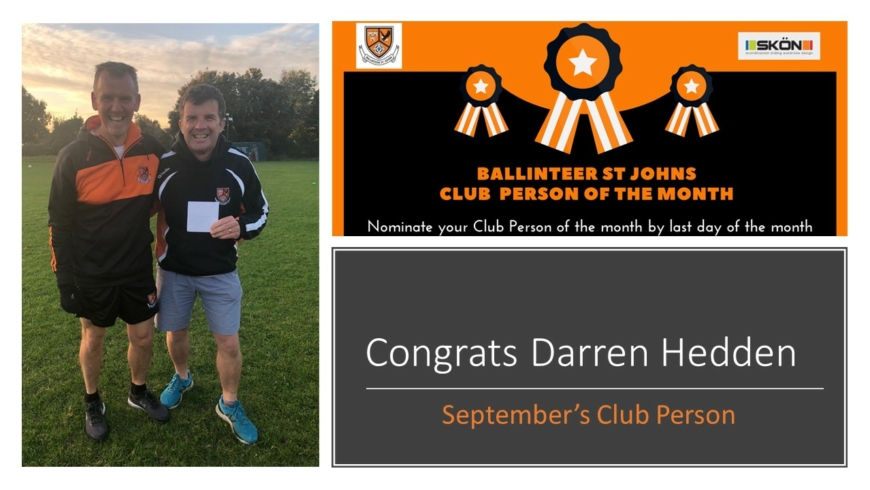 Congratulations to  Skon ‘Club Person of the Month’ for September Darren Hedden as decided by the Communications Committee.   Darren C presented Darren H with his €50 All 4 One voucher, sponsored by SKON & we think he looked pretty happy!

Darren has actually been nominated a few times over the last few months. This months nomination summarised his many contributions perfectly.

“As a growing club, BSJ needs to do a ‘loaves & fishes’ miracle every week to ensure that each team get required match & training slots. Darren is at the heartbeat of this co-ordination, utilising his vast organisational and diplomatic skills to great effect.  When not rustling up another beautiful spreadsheet, Darren is to be found pitch-side himself.  I’ve coached alongside Darren for several years – he gets the very best from the girls by making training fun.  The camogie/quidditch game is a Halloween staple in the club for the girls teams now!  Thanks Darren for all you do for BSJ.”

Nominations for October are open Nominate Now!, and if you nominated already your nominations will roll over for consideration next month.