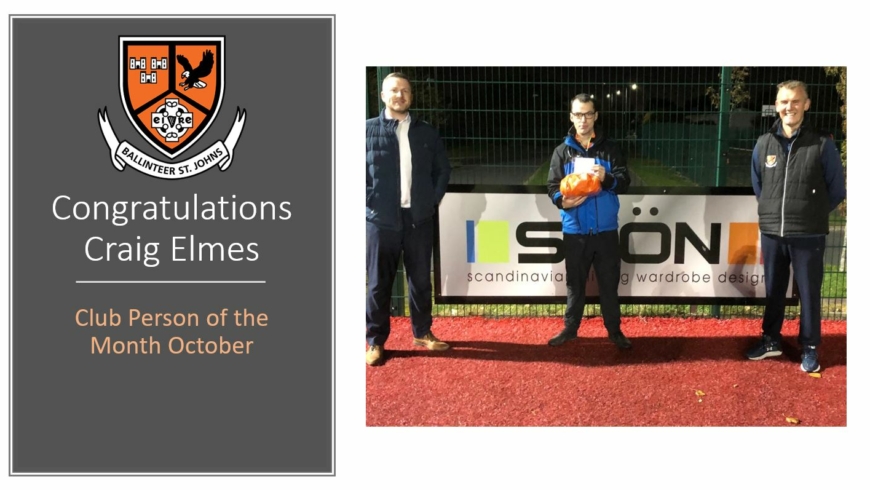 The nominations included many lovely comments about Craig including the following:
– Craig is incredibly reliable, he hardly ever misses training or matches
– He was described as a ‘kind, generous, faithful friend on these pitches week in week out’.
– Craig has had a tough time and his support for Ballinteer St John’s, and particularly the u16 boys teams never wavered.
– Craig is a dedicated club man, who is selfless in his contributions
– He is a great person to have around and he is everything that is great about the GAA, volunteerism, community and passion
– We are all the better for knowing that there are people in our world, setting an example who act, lead, lend a hand like Craig does

Wonderful words, thank you to all who nominated Craig.  If you’d like to nominate someone for the November prize, nominations are now open.