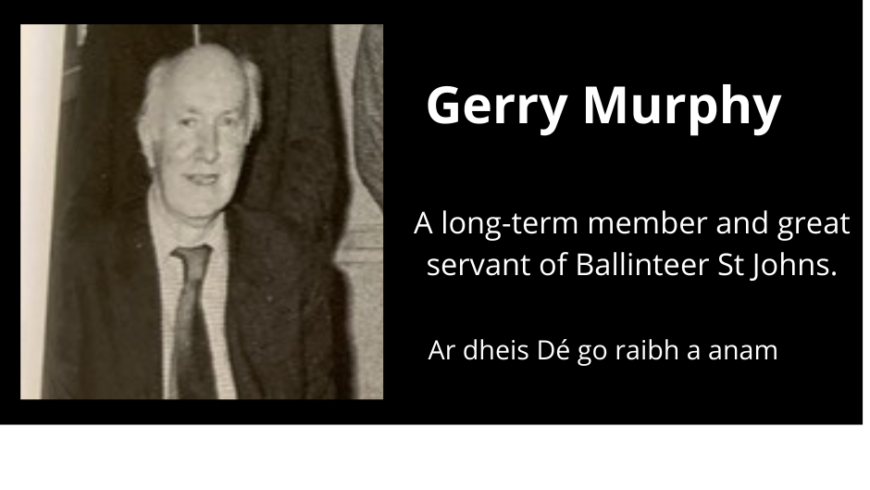 An Appreciation for Gerry’s wonderful and generous contribution to Ballinteer St Johns.

It is with great sadness that we have learned of the untimely death of Gerry Murphy, a long-term
member and great servant of Ballinteer St Johns. A true son of Cork, Gerry was a hurling mentor who
played a key role in the revival of underage hurling in the club from the early 1990’s. He was a
generous and gentle coach and mentor who was much loved by his charges. For away games,
Gerry’s car was the car of choice for the kids as he never failed to pull into a shop on the way home
and buy treats for all of his passengers.

However, it was his work as a professional Civil & Structural Engineer that really left a lasting legacy
with the club, Gerry was a member of the Club Development Committee from the early 1990’s. He
was centrally involved in the planning and development of Aras na nÓg which was to be our first
significant capital investment and was completed in 1995. He was to play an even greater part in the
Clubhouse development project, being a Development Committee member and also acting as the
Civil & Structural Consulting Engineer for the project. The completion of this project in 2003
represented a decade of endeavour and Gerry was a central figure in its design development and its
successful delivery.

Gerry was a consummate professional, never given to rash judgements or conclusions. A man of few
words, he kept his counsel until the opportune time and his delivery was always logical and
economical. He was generous to a fault, be it with his time or professional services to our club. We
deeply regret his passing but his memory will live long in Ballinteer St Johns.

May he Rest in Peace and May the Lord have mercy on his Gentle Soul. 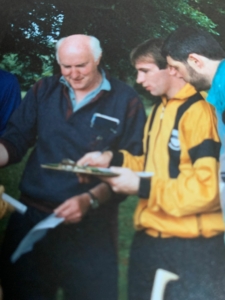