Home / Adult Football Match Round up

Adult Football Match Round up 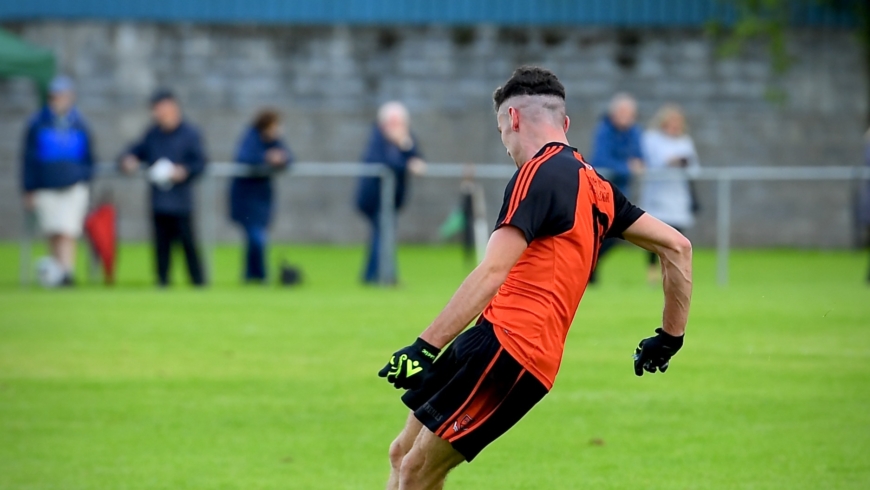 In a much improved performance from their first league outing the senior footballers were beaten by Crokes. Fielding 3 of last years minors, there was very little between the teams in the first half and, but for an opportunist goal on the break by Crokes on the stroke of halftime, they would have gone in just a point down. The second half continued in the same manner with BSJ outscoring Crokes in  points taking, but 2 more goals for Crokes was the difference between the teams at the end. Best for BSJ were Aaron Bradshaw, who scored some lovely points, Donnacha Carey, Jack Lundy, Liam Smith, Dan O Leary and Michael Mitchell. Final Score Crokes 3-9 BSJ0-9.

Having won our first league match V St Marks we faced a very strong and well structured Cuala team. We got off to the worst possible start and were 2-2 to 0-1 down in less than 10 mins. However for the rest of the half it was score for score and at HT we went in 10 points down. On the immediate re start Luke Cullen scored an outstanding goal and with Peter O’ Curry and Ruari Kennedy starting to dominate midfield we pulled the deficit back to 4 points. However we played the last few minutes with 14 players and the game finished on the score line of Cuala 3-12 to BSJ 1-11.There were lots of positives from the game as we continue to build a panel of players to meet the challenges ahead of us.

Jun A AFL 7:
Good win v Good Counsel/Liffey Gaels by 2-16 to 0-07. After a slow start, down by 2 points at water break in first half, we held then to a single point for the rest of the game. Team played well as a collective, moved the ball fast and effectively culminating in some very well taken scores. Link play from defence to attack was very pleasing. 2 out of 3 wins sees us second in table. Next game is away to Vincent’s on Tuesday July 6.

With just 15 players available, and two of them recovering from injury, BSJ Junior B team took on Round Towers Clondalkin in AFL Div 9. A goal down from a very soft penalty at half time, BSJ had been the better team but had shipped further injuries in the first 30 mins. The second half was completely different as Towers brought on all of their subs to give them fresh legs all over the pitch. Despite giving 100% effort, BSJ couldn’t reproduce the first half performance and Towers ran out comfortable winners. There were good performances from several players, particularly in the first half, with Joe Sheehan’s kickouts flawlessly finding a BSJ player every time. Prior to taking a bad knock at the 20 min mark, John Hanley rolled back the years and ruled centrefield. There were strong performances too from Jack Whelan, Seán Gildea and Conor Reilly. The BSJ highlight of the 2nd half was an absolute cracker of a goal from Karl Coleman with 5 mins to go in the game. Next up is Ballyboden St Endas in Loreto on the evening of Thursday 8th July.

The Junior C Team had a good win over a gallant Croi ro Naofa on Friday night.

Early scores from Seán Murphy, Kyle Coady and Aidan Kirrane built up a lead that was never relinquished. 2 months of marriage was enough to bring Rob Nangle out of retirement and he impressed following his introduction. A flurry of scores from Cian Duffy, Brian Monahan and Conor Murphy meant Eoin Walsh was given the opportunity to add his name to scoreboard, alas, it was an opportunity he was unable to take. Final result Ballinteer St Johns 2-25 Croi Ro Naofa 0-7. 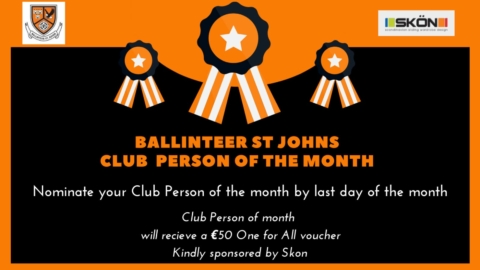 Club Person of the Month – May & June 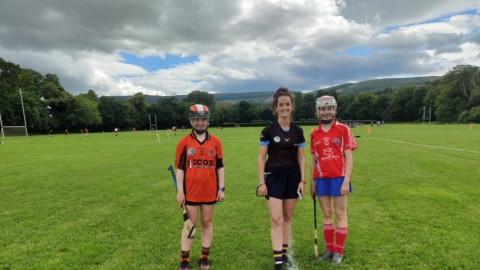 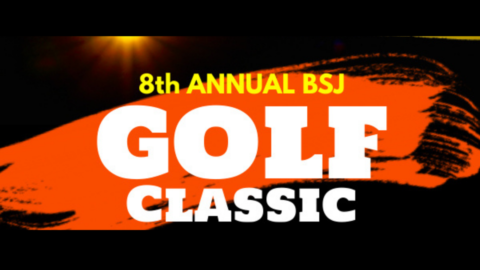 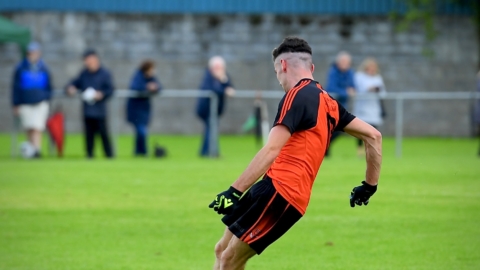 Adult Football Match Round up