Home / Appointment of Director of Coaching and Player Development

Appointment of Director of Coaching and Player Development 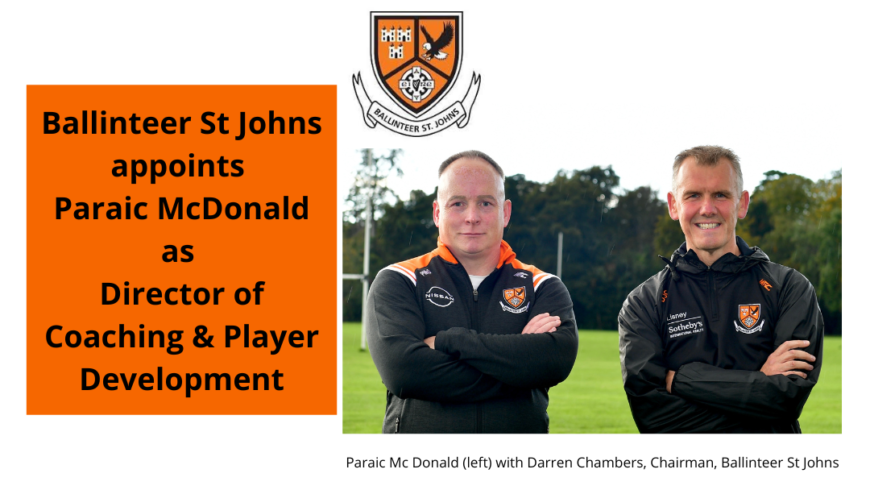 SHARE
Ballinteer St Johns is delighted to announce the appointment of Paraic McDonald to the newly created post of Director of Coaching and Player Development. A native of County Monaghan, Paraic took his first steps in GAA with the Faughs club in Castleblayney. A true dual star, he went on to represent the Farney county in both hurling and football and was among the first intake of Games Promotion Officers in the 1990s. He has since enjoyed a stellar career as a coach, most notably in a 20-year spell with our friends and neighbours in Kilmacud Crokes, whom Paraic played a pivotal role in building into one of the most successful clubs in the association. He has also coached the University College Dublin Sigerson Cup team and coached the Dublin minor footballers to success in the Leinster championship in 2014.
Paraic will work closely with the club executive and the club’s strategic coaching group focussing on the key areas of coach education and player development from the nursery to elite status. He will liaise with local schools on ways the club can support the development of children in the area. We wish Paraic all the best in his new role and look forward to him being a familiar face around Marlay in the tangerine and black. 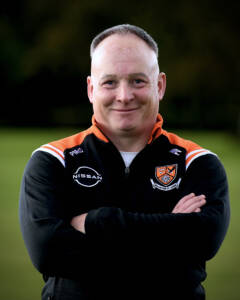